Are You Smart Enough To Boost Your 401(k)’s Return? Take This Quiz 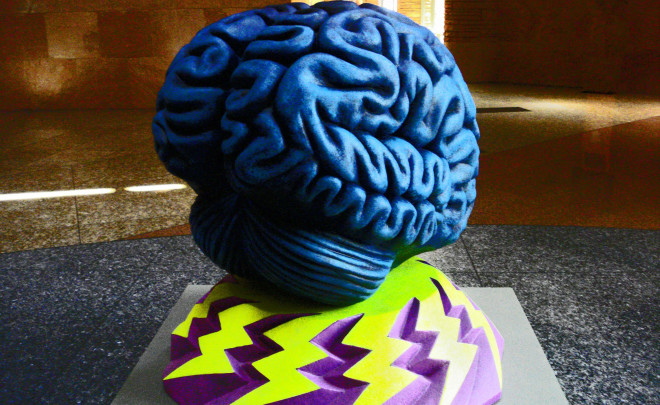 Can knowing more about investing and finances boost your 401(k)’s returns? A recent study suggests that may be the case. But you don’t have to be a savant to improve performance. Even if you don’t know a qualified dividend from a capital gain, lessons from this research can help you fatten your investment accounts.

The more you know about finances and investing, the higher the returns you’re likely to earn in your 401(k). That, at least, is the conclusion researchers came to after giving thousands of participants of a large 401(k) plan a five-question test to gauge how much they know about basic financial concepts and then comparing the results with investment performance over 10 years.

You’ll get your turn to answer those questions in a minute. But first, let’s take a look at what the study found.

Check Out: Can I Double My Nest Egg In The Final Years of My Career?

Basically, the 401(k) participants who answered more questions correctly earned substantially higher returns in their 401(k). And I mean substantially. Those who got  four or five of the five questions right had annualized risk-adjusted returns of 9.5% on average compared with 8.2% for those who answered only one or none of the questions correctly. That 1.3-percent-a-year margin, the researchers note, would translate to a 25% larger nest egg over the course of a 25-year career. That could be the difference between scraping by in retirement versus living a secure and comfortable lifestyle.

But while the 401(k)s of participants with greater knowledge didn’t outperform the accounts of their less knowledgeable peers because of some arcane or sophisticated investing strategy. The secret of their success was actually pretty simple (and easily duplicated): They invested more of their savings in stock funds than their financially challenged counterparts. And even when less-informed participants did venture into stocks, they were less apt to invest in international stocks, small-cap funds and, most important to my mind, less likely to own index funds, the option that has the potential to  lower investment costs and dramatically boost the value of your nest egg.

The better-informed investors’ results come with a caveat. Even though more financially savvy participants earned higher returns after accounting for risk, their portfolios tended to be somewhat somewhat more volatile (which isn’t surprising given the higher stock stake). So they had to be willing to endure a somewhat bumpier ride en route to their loftier returns.

Check Out: How Can I Save On Retirement Investing Fees

I’d also add that while more exposure to stocks does generally equate to higher long-term returns, no one should take that as an invitation to just load up on equities. When investing your retirement savings, you’ve also got to take your risk tolerance into account as well as the effect larger stock holdings have when the market heads south. That’s especially true if you’re nearing retirement or already retired, as portfolio heavily invested in stocks could suffer a setback large enough to force you to seriously scale back or even abandon your retirement plans.

Ready to see how you’ll fare on the study’s Financial Knowledge test? The five questions and correct answers are below, followed by my take on the lessons you should from this exercise, regardless of how you score.

Question #2. Imagine that the interest rate on your savings account was 1% per year and
inflation was 2% per year. After one year, how much would you be able to buy with the
money in this account?
a. More than today
b. Exactly the same
c. Less than today

Check Out: How Much Should I Be Saving For Retirement?

Question #3. Is this statement true or false? Buying a single company’s stock usually provides
a safer return than a stock mutual fund.
a. True
b. False

Check Out: 3 Retirement Rules of Thumb That Actually Work

1. a, More than $110. This question was designed to test people’s ability to do a simple interest calculation. To answer “more than” instead of “exactly” $100, you also had to understand the concept of compound interest. (Percentage of people who answered this question correctly: 76%.)

2. c, Less than today. This question gets at the relationship between investment returns and inflation and the concept of “real” return. To answer it correctly, you must understand that if your money grows at less than the inflation rate, its purchasing power declines. (92%)

3. False. Here, the idea was to test whether people understood that a stock mutual fund contains many stocks and that investing in a large group of stocks is generally less risky than putting all one’s money into a the stock of a single company. (88%)

Check Out: How To Make Your Savings Last In Retirement

4. b, Decline by $75. This question gauges people’s understanding of the tax benefit of a pretax contribution to a 401(k) and its effect on the paycheck of someone in the 25% tax bracket. (45%)

5. c, Increase by $200. This was simply a test of whether people understood the concept of matching funds and the effect of a dollar-for-dollar match. (78%)

Okay, so now you know how you stack up compared with the 401(k) participants in the study. But whether you did well or not, remember that your performance on this or any other test isn’t necessarily a prediction of how your retirement portfolio will fare. Very financially astute people sometimes make dumb investment moves. Sometimes they try to get too fancy (think the Nobel Laureates whose hedge fund lost billions in the late ’90s). Other times there may be a disconnect between what people know intellectually and how they react emotionally.

Check Out: Are You A Fox or A Hedgehog In Your Retirement Planning?

Nor does a lack of financial smarts inevitably doom you to subpar performance. You don’t need a PhD in finance to understand the few basic concepts that lead to financial success: spreading your money among a variety of investments instead of going all-in on one or two things, keeping costs down and paying attention to both risk and return when investing your savings.

So by all means take the time to educate yourself about investing. But don’t feel you have to go beyond a few simple but effective investing techniques to earn competitive returns and improve your chances of a secure retirement.   (11/17/14)