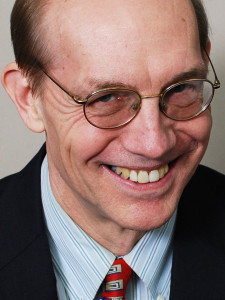 Over nearly three decades at MONEY Magazine, I established myself as one of the nation’s foremost experts on retirement planning, investing and personal finance. I believe three things have gained me a reputation as one of the country’s top financial journalists: my skill at cutting through the nonsense that too often passes for worthwhile financial information, my willingness to go against the conventional wisdom when it’s wrong (example: Dollar-cost-averaging Is Not All It’s Cracked Up to Be) and, most importantly, my ability to deliver clear, straightforward advice you can actually follow.

I’ve appeared on many national TV programs, including NBC’s Today, ABC’s Nightline, CBS This Morning, CNN, the Oprah Winfrey Show and Charlie Rose. I’ve also been a featured speaker on personal finance and retirement topics at seminars for Major League Baseball, the NBA and a variety of consumer groups and financial services firms.

I’ve written four books on retirement planning and investing: We’re Not in Kansas Anymore: How to Retire Rich in a Totally Changed World; Investing For The Financially Challenged; The Right Way To Invest In Mutual Funds; and How To Keep Your Savings Safe.

Although I hold an economics degree from the University of Pennsylvania, I’ve never let that training prevent me from bringing humor and common-sense analysis to personal finance.