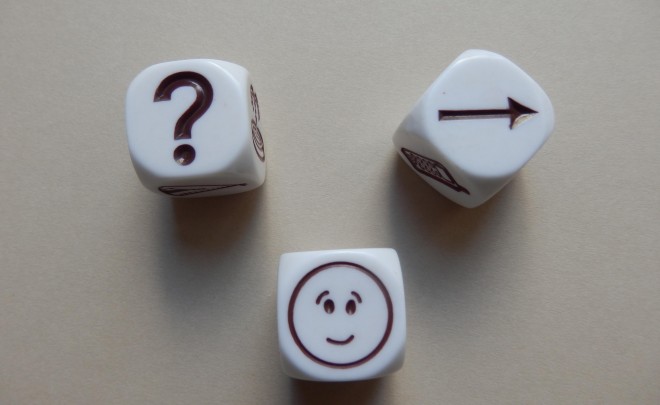 Can a new type of annuity that requires a relatively small investment upfront yet makes big payments down the road boost the odds your 401(k) or IRA will be able to support you throughout retirement? Recent research from the Employee Benefit Research Institute says that for many people the answer is yes.

You’ve probably heard by now of a new type of annuity called a Qualified Longevity Annuity Contract, or QLAC (pronounced “Cue-Lack). A twist on longevity annuities (which allow you to invest money today but defer payments until later in retirement), QLACs came about as the result of a rule passed by the Treasury Department in July of last year. Basically, as long as you invest in a longevity annuity that meets certain guidelines and is designated as a QLAC, you can invest up to $125,000 or 25% of your 401(k) or IRA account balance (whichever is less), delay receiving payments until as late as age 85 and get a nice little tax break, namely, you don’t have to include the cost of the QLAC in calculating RMDs, or the required minimum distributions you generally must start taking from retirement accounts starting at age 70 1/2.

Check Out: Which Generates More Lifetime Income—Annuities or Portfolio Withdrawals?

The idea behind the rule creating QLACs is to give people a way to generate retirement income and hedge against the risk of outliving their nest egg while putting up less money than they would have to with an immediate annuity. For example, a 65-year-old man who invests $50,000 in an immediate annuity would begin collecting roughly $285 a month starting now for the rest of his life. But if that 65-year-old invests the same $50,000 in a QLAC and delays taking payments until age 85, he would receive almost $2,250 a month for the rest of his life. (For quotes for men, women and couples of various ages for immediate annuities and for QLACs with different deferral periods, check out this Annuity Calculator.)

But can giving up some assets now for lifetime income later in retirement really increase your chances of not outliving your nest egg?

To find out, Employee Benefit Research Institute economist Jack VanDerhei looked at how putting a portion of the 401(k) balances of Boomers and GenXers into a QLAC that starts paying at age 85 would affect their Retirement Readiness Rating, essentially a measure of their chances of being able to cover their living expenses throughout retirement. The study and its assumptions are too complicated to go into here (although can pore over the study and its methodology, if you’re so inclined). But the basic conclusion is that Boomers and GenXers with the longest life expectancy (roughly age 90 to 92) can boost their Retirement Readiness Rating by anywhere from roughly 2% to 9% by investing some of their 401(k) balance in a QLAC. If interest rates rise from today’s low levels—which would translate to higher future payouts for QLACs—the benefit would be even higher, in some cases even doubling.

Check Out: Confused About Annuities? (And Who Isn’t?) Here’s How Annuities Work

But the study also found that for Boomers and GenXers overall, as opposed to just those with the longest life expectancies, buying a QLAC lowers their Retirement Readiness Rating by almost 1%. At first glance, this may seem to undercut the case for buying a QLAC. But if you think about it, it doesn’t. Why? Well, all that slight decline in the Retirement Readiness Rating tells you is that some people who buy a QLAC will die before or very soon after the QLAC begins paying out. So they’ll have diverted money from savings to the QLAC, but received few or possibly even no payments in return.

But that doesn’t mean buying the QLAC was a lousy deal. “If you buy homeowners insurance and your house doesn’t burn down, that doesn’t mean you wasted the money you spent on the premium,” says VanDerhei. “You paid for and got insurance protection.” The same logic applies to buying a QLAC, except you’re effectively buying insurance to protect yourself against the risk of outliving your assets.

A QLAC has other benefits as well, such as the peace of mind that comes from knowing you’ll still have money coming in late in retirement even if you overspend early on. Knowing you can count on those payments late in life may also give you the confidence to invest the rest of your savings a bit less conservatively, which can boost your potential returns and increase your retirement income.

That said, it wouldn’t make sense to buy a QLAC—or, for that matter, an immediate annuity—if you have good reason to believe you’ll die at a relatively early age. But barring such prescience, it can pay to hedge against the possibility of depleting your savings too soon.

If you decide a QLAC makes sense for you, you’ll want to take many of the same precautions you would take in buying an immediate annuity, including getting quotes from several insurers, sticking to insurance companies that get high ratings (say, A+ or better) from A.M. Best or Standard & Poor’s and, for an extra measure of safety, spreading your money among two or more of those highly rated insurers. You may also want to buy into QLACs gradually rather than investing all at once to avoid the possibility of investing all your money when interest rates (and payouts) are at a low.

Bottom line: If you receive enough in Social Security and pension payments to cover all or nearly all of your retirement expenses or your nest egg is so large that your chances of depleting it are virtually nil, then a QLAC may have little appeal for you. But if you’re not in that fortunate position, putting aside some money before or early in retirement to hedge against the possibility of running through your savings later on is at least worth some thought.  (8/31/15)