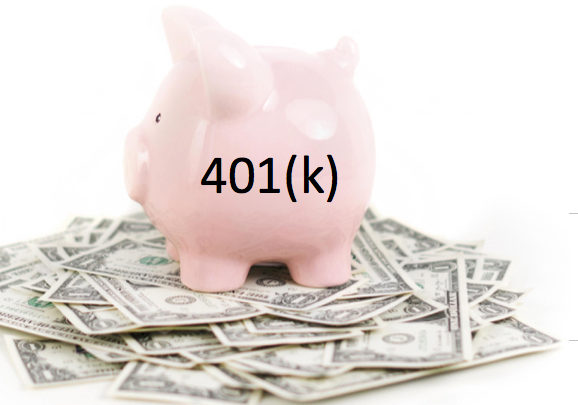 In case you missed it, last Friday was National 401(k) Day. I know, if only you’d known I’m sure you would have planned all sorts of festive activities and wild celebrations. But there is still a worthwhile way to mark this august occasion—namely, take a few minutes to review your 401(k) plan and make sure you’re taking full advantage of it to create a secure retirement.

Before I get to how to do that, though, a bit of 401(k) history. These plans broke onto the scene in the early 1980s when a benefits consultant named Ted Benna found a way to apply a section of the Internal Revenue Code dealing with taxation of deferred income—section 401(k), hence the catchy name 401(k)s—so workers could save a portion of each paycheck on a tax-advantaged basis for retirement.

Today, some 74% of employers with 10 or more workers offer a 401(k) or similar plan and 80% of employees with access to such plans participate, according to a recent survey by the Transamerica Center For Retirement Studies. The Investment Company Institute estimates that 401(k) plans hold just under $5 trillion in assets.

Given this huge pot of retirement savings, you might think that 401(k)s would be universally hailed as a towering achievement. But in fact they’ve come in for a considerable amount of criticism over the years, called everything from a hoax to a scam to a failed experiment.

4 Mistakes That Can Sabotage Your 401(k)

Many of the critics contend 401(k)s are flawed because they put too much of a burden on employees to save for retirement, a shortcoming compounded by the fact that savers also have to figure out how to invest their 401(k) stash, a task for which many are ill-equipped. Detractors also point out that lofty fees in some plans erode investment returns and act as a drag on balances. And many naysayers simply don’t like the fact that 401(k)s have been largely replacing traditional defined benefit plans, a more paternalistic system under which employers fund a plan, manage its investments and provide retiring workers with a check-a-month pension for life based on their years of service.

To which I say, yes, in many cases the critics are at least partly right. 401(k)s do demand that participants save for their own retirement (although most companies match workers’ contributions, which eases that burden somewhat) and employees do have to take responsibility for investing their accounts (although options like target-date retirement funds and managed accounts can make that task more manageable). I also agree that in many 401(k) plans, especially small ones, blimpish expenses can be a problem (although Department of Labor initiatives like the fiduciary rule that goes into effect next April and the 2012 regulation requiring more transparent disclosure of plan costs should provide some relief on that score, as might the blizzard of recent lawsuits against plan sponsors alleging, among other things, excessive fees).

25 Quick Tips That Can Dramatically Improve Your Retirement Planning

As for the contention that we’d all be better off if only more employers would start offering defined benefit plans instead of (or in addition to) 401(k)s, well, people can and do argue about the merits and drawbacks of both types of plans. (If you’d like to see an analysis that compares the two plans’ ability to lead to a successful retirement, check out this Employee Benefit Research Institute study.) But the chances that companies will reverse the trend of the last 35 years and start favoring defined benefit plans over 401(k)s are about the same as IBM Selectrics and rotary phones staging a major comeback. For better or worse, 401(k)s and plans like them are and will likely remain most workers’ best opportunity for saving for retirement.

Which is all the more reason why if you have access to a 401(k) that you not only participate in the plan, but get as much as possible out of it. To increase your odds of doing that, ask yourself these three questions:

1. Are you saving enough? Having access to a 401(k) plan and contributing little or nothing to it is like joining a gym but working out only a few days a month. You’re not doing yourself much good. At the very least, you want to save enough to take full advantage of any employer match. Failing to do so is not only turning your back on free money, but also relegating yourself to a smaller nest egg come retirement time. If you really want a realistic shot at maintaining your pre-retirement standard of living after calling it a career, you should probably try to stash away a minimum of 15% of pay a year, including any matching funds.

How To Save More For Retirement Without Saving An Extra Cent

If you can’t manage that percentage at first, you can work up to it gradually, say, starting at 10% of pay and increasing your contribution by a percentage point or so annually. Another way to raise your savings rate gradually is to devote a portion of any raises you receive to savings rather than letting all your extra pay go toward funding a larger lifestyle. That way, you’ll be able to save more without feeling too big a pinch on your budget. To see just how big an effect different rates of saving can have on your eventual retirement security, check out Money’s Are My Current Retirement Savings Sufficient? calculator.

2. Are you investing sensibly? By sensibly, I mean creating a diversified mix of stock and bond funds that’s compatible with your tolerance for risk and that makes sense given how many years you have until you’re ready to turn your savings into retirement income. Generally that means investing a high percentage of your savings in stocks (say, 70% or more) early in your career and then gradually scaling back on equities as you near or enter retirement. There’s no single correct mix of stocks and bonds that’s right for everyone at any stage of your career or life in retirement—what’s too aggressive or conservative for one person may be just right for another. But you can get a good sense of how to divvy up your savings by checking out a risk tolerance-asset allocation questionnaire like this free 11-question version from Vanguard.

Whatever portion of your 401(k) balance you decide to invest in stocks, you’ll ideally want to have exposure to all types of shares—large, small, growth and value, domestic and international. In the case of bonds, you’ll want to limit yourself to taxable issues (after all, interest and investment gains are already sheltered from income taxes as long as they remain in your 401(k)) and stick to bond funds with average maturities in the short- to intermediate-term range, as they’ll hold up better when interest rates rise. As much as possible, you’ll also want to choose funds with low expense ratios, as research shows that low-fee funds tend to outperform their high-fee counterparts. Thus, holding the line on expenses means you’ll likely end up with a larger nest egg when you retire.

Do You Know Your Retirement IQ? Take This Test

Of course, the extent to which you can build the type of portfolio I’ve described depends in large part on the roster of investment choices available in your 401(k). If, as many plans do, yours includes index funds or similar offerings (ETFs, institutional funds, commingled pools, etc.), you should make them the core of your retirement portfolio as they’re an efficient way to gain broad stock and bond exposure at a low cost. If your plan doesn’t have such options, you’ll have to sort through the lineup and make the best choices you can.

If you’re not up to building a portfolio on your own, then you’re probably better off going with a target-date date or target-risk fund or a managed account. Most plans offer at least one of these options. One way or another, though, you want to be sure you’re investing your 401(k) stash based on a coherent strategy, not just picking investments willy-nilly as you go along.

3. Are you doing occasional check-ups? You don’t have to check your 401(k) balance every day and you certainly don’t want to shift your investments around every time the market sinks or soars. But you also shouldn’t just set your savings rate and investing strategy once and then adopt a hand-off policy until you’re ready to call it a career. Too many things can happen on the road to retirement that can impair or even derail your plan: severe bear markets may stunt the growth of your nest egg; a job loss may force you to abandon your disciplined savings effort; a health problem or other unexpected expenses might require you to dip into your 401(k) balance.

Which is why every year or so you should assess where you stand to confirm whether you’re still on track to a secure retirement. Many 401(k) plans today offer online tools that can help you make such an assessment. If yours doesn’t, you can go to a retirement income calculator like the one in the Tools & Calculators section of my Retirement Toolbox. Just plug in such information as the balance of your 401(k) plus any other savings earmarked for retirement, the percentage of salary you’re setting aside for retirement each year, how your savings are invested, the age you expect to leave work and what percentage of your pre-retirement income you think you’ll need to live on when you retire. The calculator will then estimate your chances of being able to retire as you plan.

If your chances are uncomfortably low—or have dropped considerably from the last time you did such a review—then you’ll want to see how making changes such as saving more, investing differently or retiring a few years later than planned might improve them. The idea, though, is that by going through this exercise periodically you can see whether you’re falling behind in your retirement planning and, if you are, make adjustments.

By doing  occasional small tweaks throughout your career, you’ll increase the chance that your 401(k) will be able to help provide you with a secure comfortable retirement, and reduce the odds of finding yourself so far behind in your planning that you have no choice but to settle for a more meager retirement lifestyle than you’d always envisioned. (9/7/16)