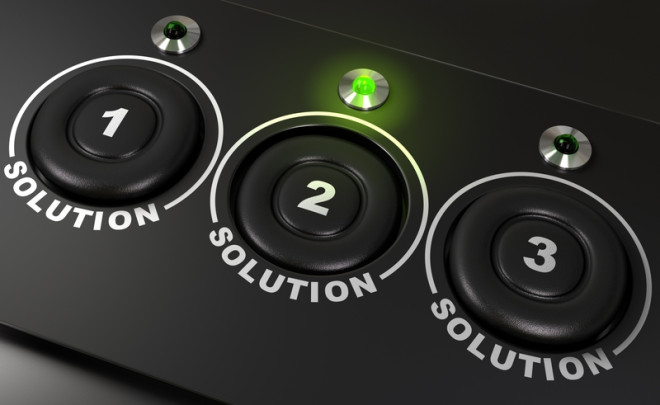 You can probably repeat in your sleep the standard regimen for preparing for retirement: save diligently, invest sensibly, make the most of tax-advantaged accounts and employer matches, blah, blah, blah.

But there are also a few, shall we say quirky, techniques that, combined with conventional planning, may be able to enhance your retirement outlook. So if you’d like to breathe some new life into your planning for next year and beyond, consider these three offbeat strategies.

1. Ignore your retirement accounts. Yes, it may seem like heresy, especially since the message you get from most experts is that you’ve got to be ready to factor every market movement and latest Fed pronouncement into your 401(k)’s investing strategy. But a more laid-back and less interventionist approach can be more effective.

Check Out: The Smart Way To Double Your Nest Egg In 10 Years

Other researchers have come to similar conclusions. In the late 1980s, Harvard psychologist Paul Andreassen conducted experiments that showed that investors were often swayed by news reports, tending to buy on good news and sell on bad. And Berkeley finance professor Terrance Odean has done a number of studies confirming that frequent trading drags down returns.

The solution: Check your accounts less often. That’s not to say you should disregard them completely. You want to be sure you’re investing in an appropriate mix of stocks and bonds and rebalance your portfolio periodically. But just because you can check your 401(k)’s value daily online and move your money around doesn’t mean you should. In fact, you shouldn’t. Less attention is more likely lead to better returns and a larger nest egg.

2. Learn a foreign language. No, I’m not being a shill for Berlitz. Improbable though  it may seem, research by University of Chicago psychologists has shown that people are less prone to biases like excessive aversion to losses and more apt to make systematic and rational decisions when a choice is presented to them in a foreign language rather than their native tongue. Researchers believe that’s “because a foreign language provides greater cognitive and emotional distance than a native tongue does.”

Granted, trying to become fluent in French, Spanish, Chinese or whatever to improve your retirement prospects is a bit of a stretch. But you may be able to derive some of the benefit of thinking in a non-native language in a more accessible way. After all, this phenomenon isn’t strictly about language. It’s about thinking outside the box and gaining a fresh perspective. Whether you’re looking for ways to save more for retirement, factor Social Security into your portfolio or plan your retirement lifestyle, you’ll likely make better choices by thinking more creatively and independently than falling back on stale assumptions and preconceptions.

3. Envision a worst-case scenario. This may seem like a real downer, but bear with me. In a paper with the fascinating title “Extreme Risks, The Irreversibility of Time and The Retirement Anomaly,” Tim Hodgson of consulting firm Towers Watson’s Thinking Ahead Institute (I didn’t make that name up) explained why we should pay more attention to big risks when planning for retirement. His case in a nutshell: While it seem okay to pay little heed to devastating events since they have such a low-probability of occuring, your retirement could be totally derailed if you’re unlucky enough to be hit by one. So it makes sense to at least consider the impact that a major setback—a prolonged job layoff,  a severe bear market, an accident or stint in a nursing home—could have on your retirement resources.

Check Out: Are You Smart Enough to Boost Your 401(k)’s Return? Take This Test

The point of this exercise isn’t to scare the bejeezus out of you. It’s to spur thinking about ways you might protect yourself against at least some of the downside of extreme risks, say, by saving more, being careful not to overdo it on stocks as you near retirement about or determining whether you need disability and long-term care insurance. Clearly, you can’t totally immunize yourself against all hazards. But you may at least be able to hedge enough to avoid a retirement wipeout.  (12/31/14)