3 Little Mistakes That Can Sink Your Retirement 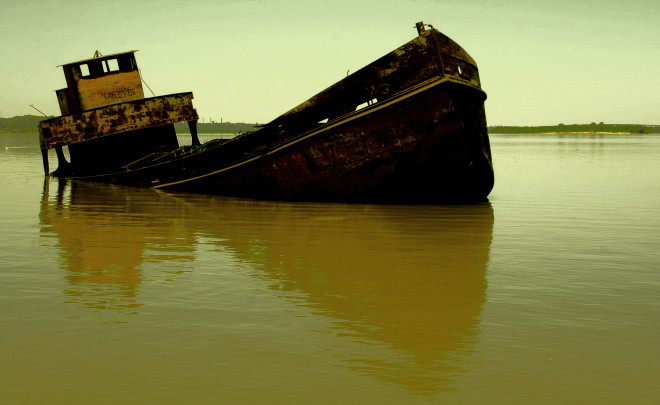 We think it’s the big mistakes that cost us in retirement, like hiring an unscrupulous adviser or funneling savings into a risky investment that goes belly up. Major errors can certainly hurt. But the smaller seemingly sensible decisions we make without really examining the rationale behind them can also come back to bite us in the…

Assiduous planning is key to a secure retirement, but the effectiveness of plans we make depends on the assumptions behind them. And when you’re making a plan that extends well into the future, as is the case with retirement, even a small miscalculation can take you way off course. Below are three mistakes that may seem minor, but that can seriously erode your odds of achieving a successful retirement. Make sure you’re not incorporating these errors of judgment into your retirement planning.

1. Relying on an unrealistic rate of return.  Clearly, the higher the return you earn on the money in 401(k)s, IRAs and other retirement accounts, the less you’ll have to stash away in savings each month to build a sizable nest egg. For example, if you start saving $600 a month at age 30 and earn a 7% annual rate of return, you’ll have $1 million by age 65. Bump up that rate of return to 8% a year, however,  and you have to put away only $480 a month to hit the $1 million mark by 65, leaving you an extra $120 month to spend. Earn 9% annually, and the monthly savings required to get to $1 million shrinks to just $385 a month, freeing up even more for spending.

Problem is, just because a retirement calculator lets you plug in a higher rate of return or a more aggressive stocks-bonds mix, doesn’t mean that loftier gains will actually materialize. Shooting for higher returns always involves taking on more risk, which raises the possibility that your aggressive investing strategy could backfire and leave you with a smaller nest egg than you expected. That can be especially dangerous when you’re on the verge of retirement.

For example, just prior to the financial crisis, nearly one in four pre-retirees had more than 90% of their 401(k)s in stocks. A pre-retiree with a $1 million retirement account invested 90% in stocks and 10% in bonds would have suffered a loss in 2008 of roughly 33%, reducing its value to $670,000—enough of a drop to require seriously scaling back retirement plans if not postponing them altogether. No one knows whether recent market turbulence will be a prelude to a similar meltdown. But anyone who has his retirement savings invested in a high-octane stocks-bonds mix, clearly runs the risk of a experiencing a significant setback.

Check Out: Want A More Secure Retirement? Act Like A Woman

A better strategy when creating your retirement plan is to keep your return assumptions modest and focus instead on saving as much as you can. That way, you’re not as dependent on investment returns to build an adequate nest egg. To see how different savings rates and stocks-bonds mixes can affect your chances of achieving a secure retirement, check out the Retirement Income Calculator in RDR’s Retirement Toolbox.

2. Factoring pay from a retirement job into your planning. It’s almost become a cliche. Virtually every survey asking pre-retirees what they plan to do in retirement shows that the overwhelming majority plan to work. Indeed, a recent Merrill Lynch survey found that nearly three out of four people over 50 said their ideal retirement would include working. Which is fine. Staying connected to the work world in some way can not only offer financial benefits, it can also keep retirees more active and socially engaged.

It would be a mistake, however, to factor the earnings you expect to receive while working in retirement into your estimate of how much you have to save. Or, to put it more bluntly, you’re taking a big risk if you assume that you can skimp on saving because you’ll be make up for a stunted nest egg with money from a retirement job.

Why? Well for one thing, what people say they plan to do in 10 or 20 years and what they end up doing can be very different things. You may find that the eagerness you feel in your 50s to continue to working may fade as you hit your 60s and 70s. Or even if you wish to work—and actively seek it through sites like RetiredBrains.com and Retirementjobs.com, it may not be as easy as you think to land a job you like. Maybe that’s why the Employee Benefit Research Institute’s Retirement Confidence Survey finds year after year that the percentage of workers who say they plan to work after retiring (65% in the 2014 RCS) is much higher than the percentage of retirees who say they have actually worked for pay since retiring (27%).

So when you’re making projections about income sources in retirement, keep work earnings on the modest side, if you factor them in at all. And don’t fall into the trap of believing you can get by with saving less today because you’ll stay n the workforce longer or rejoin it whenever you need some extra cash in retirement. Or you may find yourself working some type of job in retirement whether you like it or not.

3. Taking Social Security sooner rather than later.  Although a recent GAO report found that the percentage of people claiming Social Security at age 62 has declined in recent years, 62 remains the single most popular age to begin taking benefits, and a large majority still claim benefits before their full retirement age. But unless you have no choice but to grab benefits early on, doing so can be a costly mistake.

One reason is that for each year you delay between 62 and 70, you boost the size of your benefit roughly 7% to 8%. You’re not going to find a low-risk-high-return option like that anywhere else in today’s financial markets. More important, waiting for a higher monthly check can often dramatically increase the amount of money you receive over your lifetime. That’s especially true for married couples, who can take advantage of a variety of claiming strategies to maximize their expected benefit.

Check Out: Are You Diversifying Or Di-Worse-ifying?

For example, if a 65-year-old husband earning $90,000 a year and his 62-year-old wife who earns $60,000 claim Social Security at 65 and 62 respectively, they might receive just over $1.1 million in today’s dollars in joint benefits over their expected lifetimes, according 401(k) advice firm Financial Engines.

Although you may not think of it this way, Social Security is, if not your biggest, certainly one of your biggest and most valuable retirement assets. And chances are you’ll get more out of it by taking it later rather than sooner and, if you’re married, coordinating the timing with your spouse.  (10/14/14)