3 Easy Moves That Can Boost Your Nest Egg By 60% 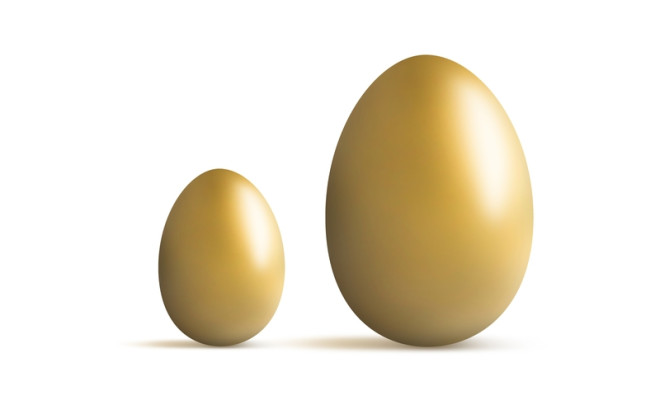 Think you’ve got to come up with a big score or magnificent coup to boost the size of your nest egg and dramatically improve your retirement prospects? You don’t. A few simple tweaks can often make the difference between scraping by and living large after you retire.

In fact, you can put yourself on the path to a much more enjoyable and secure retirement with just three relatively easy moves: saving a little more, paring investment expenses and delaying retirement a bit. Here’s an example.

Check Out: Should You Factor Social Security Into Your Retirement Portfolio

Not bad, and certainly more than what most people age 65 have accumulated today. But you can put yourself in a much better position at retirement time if you make the three adjustments I mentioned.

Next up: investment fees. With the multitude of index funds, ETFs and other low-cost choices that are around these days, paring annual investment expenses is eminently doable. So, for the sake of this example, let’s assume you cut annual fees by just 0.5% a year from 1.5% to 1%, for an after-expense return of 6% instead of 5.5%. That reduction in expenses alone would add another 10% or so to the age-65 401(k) balance, pushing it from a little under $715,000 to nearly $790,000.

Check Out: 4 Simple Rules For Juicing Your Retirement Fund

Now for the third move: delaying retirement a few years. This single adjustment has a two-barreled effect on your nest egg. Postponing gives you a chance to throw more savings into your retirement accounts and it gives the money in those accounts more time to grow before you start drawing on it. Waiting three more years to exit the workforce in the scenario above would bump the age-65 value of your nest egg from just under $790,000 to just over $975,000, just short of seven-figure territory.

By the way, postponing your job-exit date can also improve your retirement outlook in another way: Each year between the ages of 62 and 70 that you delay claiming benefits, the size of your Social Security check increases roughly 7% to 8%, and that’s before annual adjustments for inflation. To see how different claiming ages might affect your Social Security benefit (and your spouse’s, if you’re married), check out the calculators in RealDealRetirement’s Retirement Toolbox.

In short, making these three moves combined would have boosted the value of your nest egg in this scenario from a little less than $600,000 to almost $1 million, an increase of some 60%. That’s pretty impressive.

Check Out: 5 Excuses For Not Saving That Don’t Hold Up

Of course, you may not be able to replicate these results exactly. If you’re getting a late start in your savings regimen, increasing your savings rate may not translate to as sizeable an increase in your eventual balance. Similarly, if you do most of your saving through a 401(k) plan that doesn’t include low-cost index funds and such–although most plans do these days—you may not be able to cut investment expenses as much as you’d like. Even if you’re able to pare expenses, there’s no guarantee that each percentage point reduction will mean a percentage-point increase in return, although there’s plenty of evidence that funds with lower costs do generally perform better.

And while many people may want to work a few extra years to fatten retirement accounts, health problems or company downsizing effortS may not allow you the choice of staying on the job a few extra years.

Still, the point is that these three moves, individually or combined, can likely improve your retirement outlook at least to some extent. And they’re much more effective at enhancing your retirement prospects than the move that many mistakenly gravitate to: investing more aggressively, which is a tactic that can backfire and leave you worse off.

So re-assess your retirement planning to see which of these moves makes the most sense for you. If doing just one gives you the boost you need to assure a secure retirement, fine. But if just one won’t do it, try to do two, or all three. Come retirement time, you’ll be glad you made these tweaks.   (8/3/14)